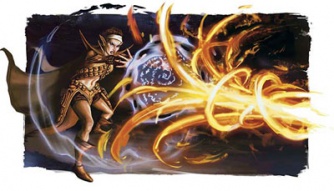 Which classes can counterspell

Rangers and Paladins are not included because of their limited spell lists. If there is enough public desire to add them it is possible.

A DM might also give the basic counterspell feat to such a character upon request. The system will work for characters of those classes without needing new adjustment by the staff.

Identify - In order to counter an incoming spell, you must first identify the spell being cast. There is a spellcraft skill check each time a counterspell is attempted. The roll is:

Dispels - The dispel that is chosen for counterspelling is based on the success rate. Whenever the chance of success drops below 75%, the next highest available dispel is used instead. In the case of greater dispel, this happens when your target is greater than caster level 15. Therefore if your target is caster level 16 or higher, mordenkainen's disjunction will be chosen for the dispel check, assuming it is memorized.

Spellbook Flexibility - Improved Counterspelling allows greater flexibility. In the event that a caster doesn't have the same spell memorized, a higher level spell from the same school can be substituted. For example; an aggressor casts Bigby's Interposing Hand. You don't have Bigby's Interposing Hand (level 5) memorized, but you do have Bigby's Forceful Hand (level 6) memorized. The Bigby's Forceful Hand will automatically counter the spell. It is good to keep several common spells memorized as well as several high level dispels.

Spell Mantles and Spell Turning - Spell Mantles can be used in conjunction with counterspelling. In the event that you fail to counter a spell, you will be able to fall back on spell mantles and buffs for defense. This combination makes it very difficult to harm the counterspeller with spells; particularly because even dispels can be countered which leaves your buffs in tact. This same principle applies to Spell Turning.

Mastery of Counterspelling and Spell Turning - These abilities allow you to turn your defense into your offense. If you succesfully counter an incoming spell you can turn it back upon the caster. This only works with targeted spells though. It does not work with RTAs, AoEs, dispels, or "effect" spells. Still, there are a host of spells which can be very dangerous which can be turned including Bigby's, Flame Arrows, Magic Missiles and Magic Missile Storms. If you're facing a counterspeller don't use these spells. If you are the counterspeller you're hoping your enemy is dumb enough to use them.

Going Offensive - The counterspeller can choose his moment to go on the offensive. Keep in mind that any time you cast a spell you cannot counterspell for that round. So if your opponent manages to breach your defenses and you feel it is necessary to put up a spell mantle, be aware that you cannot counter for that round. A good strategy is to wait for your opponent to use up his most potent spells, then strike at him when he is at his weakest with an offensive spell combination.

Attrition - It is possible for a low level caster to force you to use up your high level dispels by casting lower level spells at you while in counterspell mode. If you see an enemy doing this it is best to go on the offensive immediately before he weakens you too much. There is also the possibility that your opponent has more spell slots than you, which means he can wear you down and win in the end. This is particularly important if you're facing bosses that spam lots of high level spells or sorcerers, whom have more spell slots than a wizard.