You can find an up to date snapshot map in this topic! on the forum. See this Atlas for an overview of the Sword Coast region BGTSCC is set in. 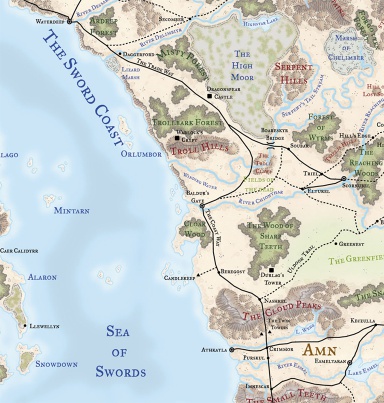 The server has areas stretching as far north as the Serpent Hills and beyond, east as far as the Zhentarim Fortress of Darkhold and south into the Cloudpeak Mountains. Westward there are some underwater areas islands while bllow all this an expansive Underdark can be found centered around the Drow City of Dark Weavings, S'shamath.

For years, the lands between Waterdeep, a huge city far north of Baldur's Gate; bustling Amn to the south; the Sea of Swords to the West; and the Wood of Sharp Teeth to the East have been thought of as the Empty Lands - a vast, stretch of wilderness folk venture into only to get from one place to another.

Legends abound of grisly fates that befell unfortunate travellers at the hands of the orcs, trolls, hobgoblins (and worse!) said to infest the area in veritable armies. In recent times the caravans have begun to see a new menace - raiding parties of humanoids who plunder mainly the miners in the Cloud Peak mountains north of Amn. Thanks to both human and bestial predators, the trip has always been dangerous - hence the name sword coast.

Down through the ages, many folk have dreamed of founding a kingdom in this verdant valley hidden in the moors. The area is littered with the ruins of failed dreams - abandoned villages, empty towers and dungeons - as well as the occasional town, city or keep, such as Baldur's Gate, Beregost, Nashkel, the Friendly Arm Inn, and Candlekeep.

This guidebook directs the traveller toward the sights and lodgings in the cities. Those not travelling with a caravan in the sword coast are warned escorts of armed trustworthy adventurers! 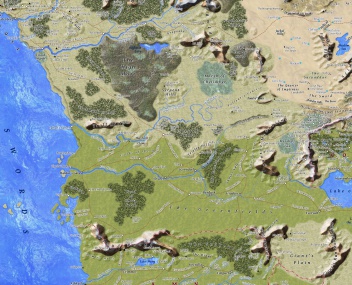 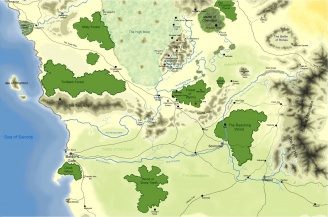