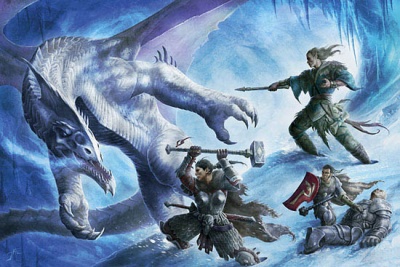 To play on Baldur's Gate: The Sword Coast Chronicles you need the original Neverwinter Nights 2 games as well as The Mask of the Betrayer and Storm of Zehir expansions.

A very popular choice is Good Old Games which sells an NWN2 package including all expansions: GOG

If you already own Neverwinter Nights 2 but have patching issues, you can download the entire game pre-patched . You will however need to add your own serial keys to the nwncdkey.ini file. Alternatively the patches can still be manualy downloaded from the Neverwinter Vault . Autopatcher download support was stopped in 2014 by Obsidian Entertainment.

These are graphical upgrades that make the game look much better. They come highly recommended for all NWN2 players and don't affect the server or multiplayer experience mechanically in any way.
Override files are normally against the server rules (rule 9) but the packages listed below are allowed and safe to use. The reason overrides are commonly forbidden in multiplayer worlds is because the player's local client would use his or her override files instead of the files the server is using. Most servers therefore take the precaution of including their own overrides in .hak files that the player automatically downloads when he or she logs in, which trump what's in the player's overrides folder.

Be warned that these updates are rather large! To install put them in your game's override folder.

Go to Multiplayer, then make a Bioware Community Forum name and password. They are case-sensitive. You don't need to Activate the account to play. [Note: The Authentication server is currently offline, so this step may be superfluous]

Now you can choose,

Use Direct Connect to 23.229.0.132, press connect and "voila" the game will connect to the server immediately. In case this doesn't work this web page lists the available NWN2 servers and their IP's: NWN List.

Alternatively if you have installed the NWN2 Client Extension you can navigate to "Join Internet game"  and then to the Roleplay section on the left. Scroll down until you see Baldur's Gate: The Sword Coast Chronicles. It's usually pretty high on the Player tab at the top, if you click on that. Press Connect.

The server has a lot of custom content which will automatically begin to download via the NWN2 auto-downloaded that was added in the last patch. When it's done, you'll see the screen with the Create Character option.


While waiting on the auto-downloader to complete consider perusing the server rules. So you know what kind of community Baldur's Gate is. And what behavior is considered normal. The Rules.

Baldur's Gate is a roleplaying server. There are some useful hints on making a fun and setting consistent roleplaying character here

Just a couple of tips to get you started: It's very helpful to get an idea of a character and his story around him, then actually create him, rather than making him first then trying to fit a story around him.You don't need to come up with the strongest, fastest and most-damage-dealing character possible to have a good time on Baldur's Gate.
At first it is not a bad idea to start with one of the more common races such as Human, half elf, (tolerant) Elf, Dwarf or Halfling, rather than e.g. Drow or Half-Orc or Tieflings. These more unusual races tend to have a lot of associated lore with them.
Similarly, pick a fairly easy starter class or combination of classes such as Fighter for your first character.

Baldur's Gate has quite a few extra classes from the standard NWN2 classes. Some of them you can only take after taking a few levels such as Fighter or Mage or Cleric. You may want to look at them and plan out your character. ( if you wish, you can play with the character's build on a character build module. One is NWN2DB and another is Jeg's BGTSCC training module, found Here (Jegg's) . Download it into your NWN2 folder under the Modules folder and unpack it. None of these sites are perfectly accurate now). You can ask questions to the guru's in the Character Building[1]part of the community forum.

1. Please choose an appropriate name for the setting, not something like "Beyonce" or "Obama"! Also, please avoid calling yourself Lord or any other title without discussing it with the DMs first and certainly stay away from cannon characters names like "Drizzt".

2. Please do not pick the the Minotaur head appearance in the Half Orc options in character creation. It is against our rules.

3. The maximum character level level is 30 and you can have up to 4 classes, three of them prestige.

4. You need to have at least 3 levels of ALL your classes by 20th level. This means you may not take a new class after the 18th level or you will be in violation of this rule.

5. Baldur's Gate is a Roleplaying server. You are expected to stay in character whenever possible. Please also make sure that your character's class makeup (build) makes sense in roleplay terms. For example don't mix opposing classes such as Paladin / Dread Pirate unless it makes real good sense. Also don't forget to roleplay your character's classes as a whole person, rather than four separate classes. Roleplay includes a character's, ability scores and skills as well as the deity he or she follows. If you're a mage whose strength is in their brains not their muscles, you shouldn't be able to run around with a big tower shield equipped, pretending to be a soldier.

6. There are a couple of extra guidelines to do with Gods for Clerics and Stormlords. Please check out the Deity section of this wiki and the forum here: About Deities.

7. Remember: Roleplay what's on your character sheet, for anything more you'll need Dungeon Master permission. Other players may consider your character insane if he says he's a dragon or demon while clearly being an elf for example.

When you've made your character, the last step will automatically take you into the world. Have fun!

This is an excellent tool that really sharpens up the interface and solves MANY bugs and crashes you might experience. Find it here.

The game itself - how to get started character-wise?[edit]

Once you have finished the character creation and start the game you will first come to the starting area also known as the nexus. All you say here will be treated as out of character (ooc) so no need for starting a sentence with /// or ((.

Usually a new character will be prompted by the DMFI Language tools to select a language your character can speak and understand. These languages are spoken by creatures and players in the game and you need to have them in order to understand what is said or say anything in them. The amount of languages you understand depends upon your character's Intellgience ability score.

Look around a bit, read the signs, a lot of useful information can be found here. The key that highlights objects in your original NWN2 works online too, by default this is "Z". It can be very helpful. You will find several NPCs here that you can talk to and that can help you finalize or tweak your character. The RCR NPC allows you to store experience from a character and delete him. The Experience can then be reclaimed by a new character that hasn't earned any XP yet. You can read more about it here: RCR's.

You also find a description changer (in case you want to change your "biography" from the char creation), a character deleter and a deity changer here. The Biography editor can also be accessed from the player menu bar at the top of your screen. This menu bar also has several options for flavor text coloror (/ and * are colored) as well as having your character do an emote automatically when you write something like *waves*. (Your character will wave at the target you have selected)
Assuming your character knows a language besides "common" you will also be able to select a language to speak here. That will open a custom chat bar which will translate your text line into the chosen language after pressing enter.

Finally, if you right click and hold with your mouse a context menu will appear. This menu will usually contain the option called "PC Tools" at the bottom. These tools are a roleplaying asset that allow your character to use roleplay aids. You can familiarize yourself with it as you play. They can make your character lay down for example, or dance for a long duration.

If you think you have done everything needed before entering the actual game you can talk to Mystra and she will send you on your way to the Sword Coast.

For underdark characters it is highly recommended to read this topic so you have a basic understanding of the setting. S'shamath is not your typical Drow City because Wizards rule here, not matrons! See this Lore Topic

If you are a surface character it also a good idea to read up on the setting and your racial history. The Lore section of the forum is always a good place to start: BGTSCC Lore Section

Depending on your character's race and choice you will end up in either Baldur's Gate or S'shamath or an Orc Encampment. What your character does from this point is completely up to him or her but it is recommended to start by doing some basic quests and meeting other players. As you play you will learn new things and likely participate in dungeon master led events. It is possible to talk with DM's and ask them to throw some events for your character but you may also wander into them by pure chance. The Baldur's Gate graveyard and Underdark Beetle cave are the easiest respective starter areas after you've done the introductory quests.

Buying proper equipment is very important if you decide to venture out into the world to adventure! Make sure to upgrade your gear as you gain experience!

Because games are all about having fun!