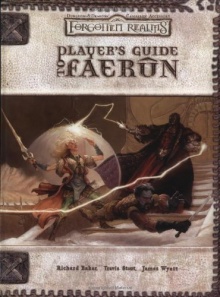 Baldur's Gate: The Sword Coast Chronicles is a privately run continuous D&D campaign with Neverwinter Nights 2 (NWN2) as its gaming platform. Everybody that wishes to be part of a living, breathing, and evolving Forgotten Realms setting is welcome to join in, provided that they respect our community rules for a good shared online experience. By definition the continuous campaign world is shaped by the players but that does not mean that non-playable characters have no influence in it.

The extent of player influence is best explored by relating it to our game world rule explaining that player characters count as half their actual level in so far as they interact with the setting. The question therefore is, what influence can a group of level 15 players have on the setting?

The answer depends on the roleplay, the die rolls, and the commitment of the players behind the characters. "Is it likely that you will kill a deity or replace Lord Ao as overlord of the Gods?" It isn't, which probably isn't a surprise. "Does that mean it has been ruled out in advance?" No, the Dungeon Master Team and player base respond to what happens in the campaign, we do not determine what shall happen in advance. The difference is that some things carry with them a lot of momentum and therefore need a lot of counter-momentum to stop, and even more to turn them around. However, each little push against the current alters where the apple can fall, so that even little things impact the continuous campaign.

The overall goal of BG:TSCC is to provide a Neverwinter Nights 2 Persistent World that everyone can play on and enjoy. From the hardened role-player to the hardened monster slayer, we welcome everyone. All that we ask is that you be kind to those around you, don't argue with other players, and please don't complain needlessly.

BG:TSCC is currently made up of around 21 staff members. This includes the Developer’s, Builders and the Dungeon Masters. Each of them working for free in their spare time because of their love of Neverwinter Nights 2 and the Forgotten Realms. A lot of people wonder why the server is still in 'Beta' state, and when it will be 'final'. When we first started this place we had to decide whether to keep it closed until it was done, or to release it all and let people play on it as we built it. We chose to the latter:

As we grow we will continue to add more areas, better monsters (this could be monster difficulty, spawn rate, spawn groups, Challenge Rating flow, etc.), new features, quests and more. So remember that what you see is not necessarily how things will be in the end.

The server is best characterized by calling it a low to medium magic world that stays very close to the power-levels seen in 'Baldur's Gate I: The Sword Coast Chronicles' and early 'Baldur's Gate II: Shadows of Amn', excluding the Throne of Bhaal expansion. Despite the potential for combat and action we are a roleplaying server. It is expected of players to stay in character wherever they can.

To make sure of the quality of new additions there is a special Quality Control Tester team. This team is assisted by Dungeon Masters and tries to break and find issues with new feats, classes, spells and areas for example.

These testers are players who have been asked if they want to help us, or who have volunteered their time.

While they are assisted by the Dungeon Master team and have access to all manner of testables they do not receive any permanent benefits for it. In fact, they are required to use test characters and the tested content is to be removed afterwards. This avoids the appearance of favoritism, which is a type of behavior we oppose very much!

This translates into keeping an eye on (some of) the following factors to develop and balance the environment.