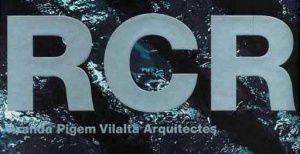 When you login you will arrive at 'the Nexus'. Within that out-of-character place a non-playable-character (NPC) is available to transfer part of the experience of your character to a new character. The old character is permanently deleted, including whatever is left in his inventory.

Retired Character Rebuilds (RCR) arer meant to encourage the retirement of played-out characters, and inspire new characters and new roleplay. They are not meant to be a way to get experience onto an already existing character, although this is allowed under the current system if the new and deleted character are made to be the same.

Any experience stored will be tied to your serial key. It is not linked to your player account. This means that so long as you play using the same serial keys you can access the stored experience from anywhere in the world.

Finally it is important to thoroughly consider whether or not you want to use the RCR NPC. Getting the experience on a new character can be enticing, but remember that you may end up losing the roleplay with your deleted character. It is ocassionally regretted by players when they take this step too quickly, and it can certainly disrupt ongoing Dungeon Master plots relating to the deleted character.

The RCR mechanic has been accepted for existing characters too within reason.

Shortly after the persistent world started BGTSCC developed a concept called 'retired character rebuilds' (RCR) which could be offered by Dungeon Masters to players who wished to permanently retire their character. For example after working up to a permanent death, or by leaving the Sword Coast. It took a fairly large discussion between the Staff and Dungeon Masters to settle whether or not RCR's should be made automatically available to players. The downside is that characters get retired quicker, which means their established roleplay is ended, and that ongoing plots get disrupted. It wasn't popular with DM's. But on the other hand it helps players enjoy the game, instead of having to start from 0 with every character.

History therefore explains why you cannot de-level and then get the XP on an existing character. It is assumed the existing character will be retired. But there are also bug and exploit risks if that is allowed.